If animals could talk, they'd talk about us! > Blogs > What animal has the longest claws? [Updated]
Hot

What animal has the longest claws? [Updated]

Claws are one of the primary parts of the animal body. Claws not only help them to defend themselves but are also important for feeding and survival. Long and large claws attract a lot of attention. They are used by carnivorous animals to catch and hold their prey. Whereas, herbivores generally use their claws for self-defense, grooming, digging, as well as climbing trees. So, what animal has the longest claws in the animal kingdom?

The largest living species of the armadillo, the Giant armadillo is dark brown, which helps him camouflage with the surface of the earth. They use their front claws to dig for prey and open up termite mounds. Their diet mainly consists of termites, worms, ants, and spiders. However, these insect-eating species have seen a huge decline in their population in recent years. According to The Guardian, scientists believe the populations of giant armadillos have probably fallen by at least 30% in the last 25 years.

Interestingly, Giant armadillos haven’t been the longest clawed animal forever. One of the species, that has now been extinct for almost 75 million years, had claws which were much longer than the armadillo. So, which animal has the longest claws of all time?

The animal with the longest claws of all time is the Therizinosaurus. Also known as the Scythe lizard, Therizinosauras had claws that could reach up to 3 feet long, almost five times the size of a giant armadillo’s. Belonging to the dinosaur family, they were herbivore reptiles, with claws protruding from their front legs. Therizinosauras used their long claws to defend themselves from their predators, and to hold on to the typical vegetation in their habitat, making it easier for them to eat.

One of the tallest dinosaurs, therizinosaurus has been extinct for more than 75 million years now. These species were found by advanced scientific and fossil research. They had the longest claws as compared to any prehistoric specimen. This five-ton dinosaur majorly used their long claws to collect vegetation.

In 2013, 17 clutches of dinosaur eggs were found in the Gobi desert. After in-depth research by the Kobayashi University, it was concluded that they were laid by the therizinosaurus millions of years ago.

These tooth-less species are among the animals with the longest claws in the kingdom. These long bushy-tailed animals have claws that could reach up to 6 inches in length, making them the second-longest clawed animal in the kingdom. They also have a long tongue that can catch hundreds of termites and ants at a time. The giant anteater has five short claws and three long ones. They use their claws to dig up the surface of the earth and to tear apart anthills and termite nests.

The insect-eating species, giant anteaters are strong creatures and fierce fighters. Their claws represent 6% of their total body length. Giant anteaters use their claws to survive and defend themselves against predators. When attacked, a giant anteater can even take down a jaguar. They walk on their fists with their claws curled underneath to prevent its wear and tear. Giant anteaters have become a vulnerable species, with their population decreasing every year. Scientists believe that there only 5,000 individuals left in the wild.

These three-toed species have the longest claws in the bird kingdom. With claws reaching up to 5 inches in length, the cassowary is one of the most dangerous birds in the world. Each of their 3 toed foot has a dagger-like claw on the inner toe. They have strong and sharp claws which they use as weapons.

Cassowary are exotic birds, which are capable of inflicting lethal wounds with their sharp and long claws. Their claws represent 6.4% of their total body length. These strikingly beautiful birds use their long claws to defend themselves from predators and hunters. These exotic birds are close to becoming endangered due to the loss of their habitat. There are less than 4,600 cassowaries left in the entire world.

These three-toes species are among the animals with the longest claws in the kingdom. Sloths have curved, sharp claws that can reach up to 4 inches in length. These animals live on trees, and their long claws help them hang upside down from branches, without much effort. They also use their long claws to drag themselves along the ground, as sloths could not walk.

The slowest animal in the world, Sloths have a disproportionate body structure, with arms almost twice the size of their legs. Their claws represent 14% of their total body length. These slow creatures use their sharp claws to defend themselves from their predators. Some of the sloth species are critically endangered with a rapidly declining population. Some species have only 500-1000 individuals left.

The largest raptor found in central and north America is another contender for the longest claws in the kingdom. With claws measuring up to 4 inches, harpy eagles are the second-longest clawed species in the bird kingdom. These birds have massive and strong claws which they use for grabbing their prey.

One of the largest and the most powerful eagle, the harpy eagles us their feet to snatch their prey from the trees. They have an extra-long claw at the back of their feet which they use for stabbing and killing their prey. Their claws represent about 7% of their total body length. Their claws are much more powerful than a Rottweiler’s jaw. Harpy eagles use their strong and powerful feet to make a balanced landing while catching their prey. According to researchers, there are less than 50,000 individuals left in the wild.

These massive animals have long and strong claws which act as an all-purpose tool. Grizzly bears have strong and sharp claws that can reach up to 4 inches in length. They have long and straight claws that are dexterous and are capable of manipulating small objects. Grizzly bears also use their claws to defend themselves and fight with other bears and animals. Their long claws help them dig for roots and scoop out hard terrain to construct dens.

One of the world’s deadliest mammals, grizzly bears has razor-sharp and pointy claws. They also use their claws to grip salmon from rivers and rip apart old tree stumps for insects. Their claws represent 5% of their total body length. Grizzly bears always keep their claws extended, even when they are not in use. Also known as the North American Brown bear, there are less than 55,000 grizzly bears left in the world.

They are one of the best-known birds of prey, making it a strong contender for the longest claws in the kingdom. With claws measuring up to 2.5 inches, golden eagles are the third longest-clawed species in the bird kingdom. They use their long claws to snatch their prey while flying. Their strong feet help them grip their prey for an extended period. The longest claw is the hind claw which helps in stabbing their prey.

One of the most spectacular birds in the northern hemisphere, golden eagles are dark brown and are widely distributed all over the area. They have long and straight claws which are much powerful than other eagles. Their claws represent 6.4% of their total body length. Golden eagles are one of the largest North-American birds, with strong and massive claws. According to researchers, there are about 170,000 to 250,000 golden eagles left in the world.

These nocturnal animals have strong limbs and sharp claws. Badgers have long claws that can reach up to 1.75 inches in length.  Badgers have five toes on each foot, and four of the toes have exceptionally long claws. They live under the surface of the earth and use their long and strong claws mainly for digging. They can use their claws to dig both in forward as well as in the backward direction.

The fastest digging animal on the planet, badgers are strong animals and can take down their predators when attacked. Badgers defend themselves by using their long claws and digging up holes deep enough to hide. Their claws represent 15% of their total body length. These carnivorous animals have sharp teeth to hunt down prairie dogs, hedgehogs, and mice. According to researchers, there are more than 562,000 badgers left in the world.

Different animals in the animal kingdom use their claws for different purposes. While some use them for catching their prey other animals use them for digging up holes in the earth’s surface. Be it claws, legs, or eyelashes, each part of the animal body helps them survive in the wild.

Want to know about animals with the longest eyelashes? Click here to read more.

Want to know about animals with the longest legs? Click here to read more 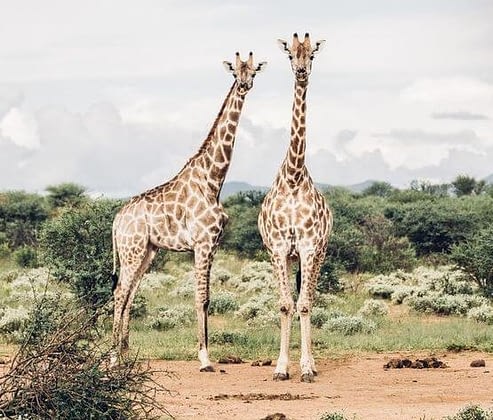 10 animals with long legs you didn’t know about! 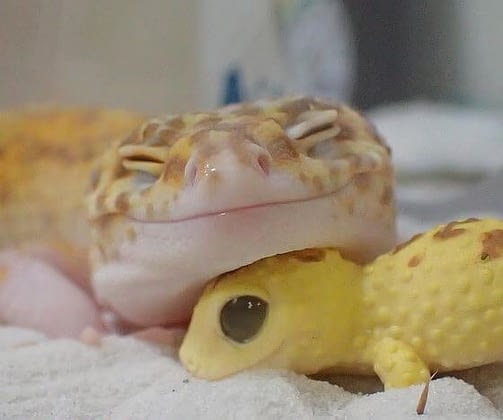 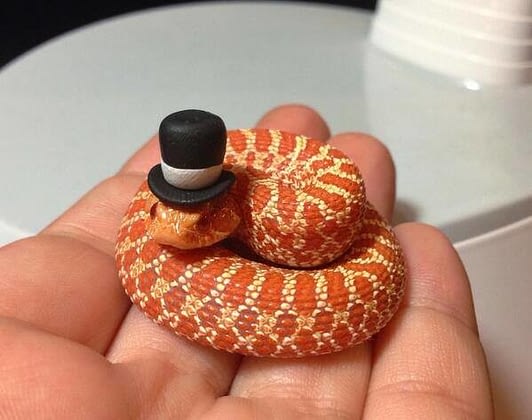