If animals could talk, they'd talk about us! > Blogs > What animal has the longest eyelashes? [Updated]
Hot 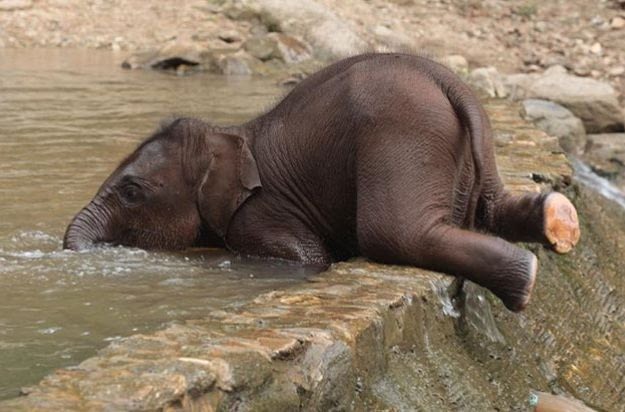 Eyelashes are one of the most attractive features when it comes to humans or animals. These fine hairs that grow on eyelids are often regarded as an emphasis on beauty, but their primary function is to protect our eyes from dust, debris, or sand. They also help animals to recognize when something might cause harm to their eyes, and force shut the eyelids. So, what animal has the longest eyelashes in the animal kingdom?

The animal with the longest eyelashes in the kingdom is the elephant. The largest land animal on the planet has long and beautiful eyelashes which can grow up to 5 inches long. The eyelashes protect the elephant’s eyes from dust, sand, as well as debris.

Elephants are native to Africa and Asia but can be found all over the world. These massive creatures have pretty small eyes with a diameter of 1.5 inches. Their long and dense eyelashes protect their eyes from the outside dust. They also prevent excessive drying of eyes, by keeping them hydrated.

In addition to the upper and the lower eyelid, elephants have a third eyelid as well. Their third eyelid moves vertically across their eye. They protect the elephant’s eye while they bathe, feed, and dust themselves to cool down all the heat. They have eyes on the side of their head, which provides a better peripheral vision.

These even-toed animals are native to North America and have been domesticated for more than 3,000 years. With eyelashes reaching up to 3.9 inches, camels have the second-longest eyelashes in the animal kingdom. These long and dense eyelashes protect their eyes from the blowing sand and debris in the desert.

Also known as the ships of the desert, the camel has two sets of eyelashes and three sets of eyelids. These two sets of eyelashes create a dense layer that keeps small particles of sand away from their eyes. In addition to the upper and the lower eyelid, the third eyelid acts like a windshield wiper used to clean off their eyes. This much thinner eyelid opens and closes from side to side. It is also thin enough to let the camel see through it, thus protecting their eyes during sandstorms.

The tallest living terrestrial animal is among the species with the longest eyelashes in the kingdom. Giraffes have long eyelashes that can measure up to 0.5 inches. They are native to Africa but can be found in different zoos and national parks all around the world. These herbivore animals, use their long eyelashes to sense if they are getting too close to the thorny branches.

With extremely long neck and legs, giraffes have horn-like antlers on their head. They have pretty large eyes and keen eyesight. They have a full and dense set of eyelashes. These long eyelashes act as sun-shades and dust catchers, keeping the sun and the sand out of their eyes. According to the IUCN, certain species of giraffes face a high risk of extinction in the wild.

This flightless bird has the longest eyelashes in the bird kingdom. Ostriches are the largest birds in the world with long and dense eyelashes. These eyelashes prevent any sand and debris to enter their eyes. These strong runners are native to Africa and can run 43 miles an hour. They use their wings to swiftly change their direction while running.

Ostriches have the largest eyes in the whole animal kingdom, which is even bigger than their brain. They are 5 cm in diameter and help them adapt to their terrestrial lifestyle. Their long and dense eyelashes also act as shields from the sun. their eyelashes along with their eyelids act as a windscreen wiper, to keep their eyes clean and moist. According to the Sahara Conservation Fund, ostriches are facing a rapid ongoing decline over the past 50 years.

These herd animals are native to South America. Llamas have prominent eyes with long and thick eyelashes. They are extremely sensitive to touch and warn Llamas of objects in the vicinity of their eye. They have soft, padded, cloven feet that help them walk in the rocky areas.

Llamas were domesticated in Peru almost around 4,000 or 5,000 years ago. They are related to camels but do not have a hump on their back. Llamas have a smaller head and big eyes, with thick eyelashes. They shield their eyes from the falling rain and snow, along with protecting them from sand and debris. They have frills in their eyes, which acts as an inbuilt sunshade. They protect their eyes from the excessive sunlight, so they don’t have to squint to see around them.

One of the largest species of Hornbill is another contender for the longest eyelashes in the kingdom. Their modified feather eyelashes are the second-longest in the bird kingdom. Ground Hornbills are native to Africa and have an impressive wingspan that can reach about 4 feet across. These attractive birds have a bright red throat, black wings, and bright yellow eyes.

Ground Hornbills are carnivorous birds, with long and dense eyelash-looking feathers. The bird has cylindrical eyelid feathers that look way too similar to eyelashes and serve the same purpose. They protect their eyes from dust, sand, and other foreign materials. These long eyelashes also work as a shield and protect their eyes from the excessive sunlight. IUCN classifies the ground hornbill bird as vulnerable to extinction with a two-third decline in population in the last century.

This large terrestrial bird of prey belongs to Africa and is found in the open grasslands of the Sub-Saharan region. Discovered in 1779, secretary birds have modified feathered eyelashes that are long enough to catch your eye. Secretary birds primarily move around on foot and are seen flying only when it is necessary. These attractive birds have long legs, long eyelashes, and a black crest of feathers on the back of its head.

These herbivore animals are indigenous to Australia and have powerful legs and feet. They are one of the top contenders for the longest eyelashes in the animal kingdom. Kangaroos have long and thick eyelashes that protect their eyes from drying up and keep them hydrated. Kangaroos can leap around 30 feet in a single bound, because of their large feet. They also use their tails to maintain their balance while jumping.

Kangaroos are herd animals, and carry their babies in their pouch for almost 10 months. Just like other species in their family, kangaroos have a strong tail, powerful legs, and a smaller head. They have long eyelashes that prevent any foreign matter to enter their eyes. Their dense lashes also protect their eyes from the glare of the sun. Kangaroos are one of the most abundant large mammals in the world, with the number rising by 10% every year.

They are members of the horse family, with black stripes over their beautiful white coat. These herd animals have the most beautiful long eyelashes in the animal kingdom. Their eyelashes protect their eyes from the dust, debris, and sand. Zebras are native to eastern and southern Africa and can be found in grasslands, woodlands, or mountain areas.

Zebras have excellent hearing powers and can run at a speed of 35 miles an hour. They have big eyes that are placed on the sides of their head, giving a much better view of the world around them. These long lashes protect their eyes from any bugs,. They also prevent excessive sunlight from entering their eyes, so their vision is not compromised. Zebras have stunning stripes all over their body, with patterns that are unique to every individual. According to the IUCN, some species of Zebras have become vulnerable to extinction due to excessive poaching.

Different animals in the animal kingdom use their eyelashes for different purposes. While some use them for keeping their eyes hydrated other animals use them for shielding from the excessive sunlight. Be it claws, legs, or eyelashes, each part of the animal body helps them survive in the wild.

Want to know about animals with the longest claws? Click here to read more.

Want to know about animals with the longest legs? Click here to read more. 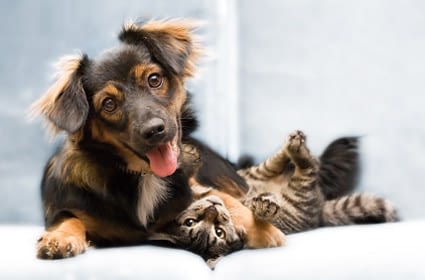 5 TIPS TO TAKE CARE OF YOUR PET THIS QUARANTINE SEASON 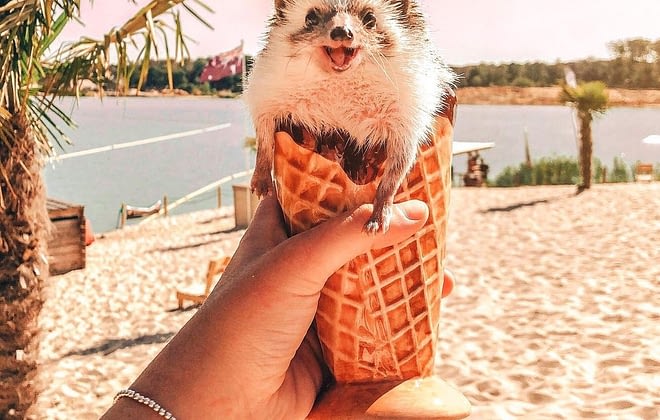 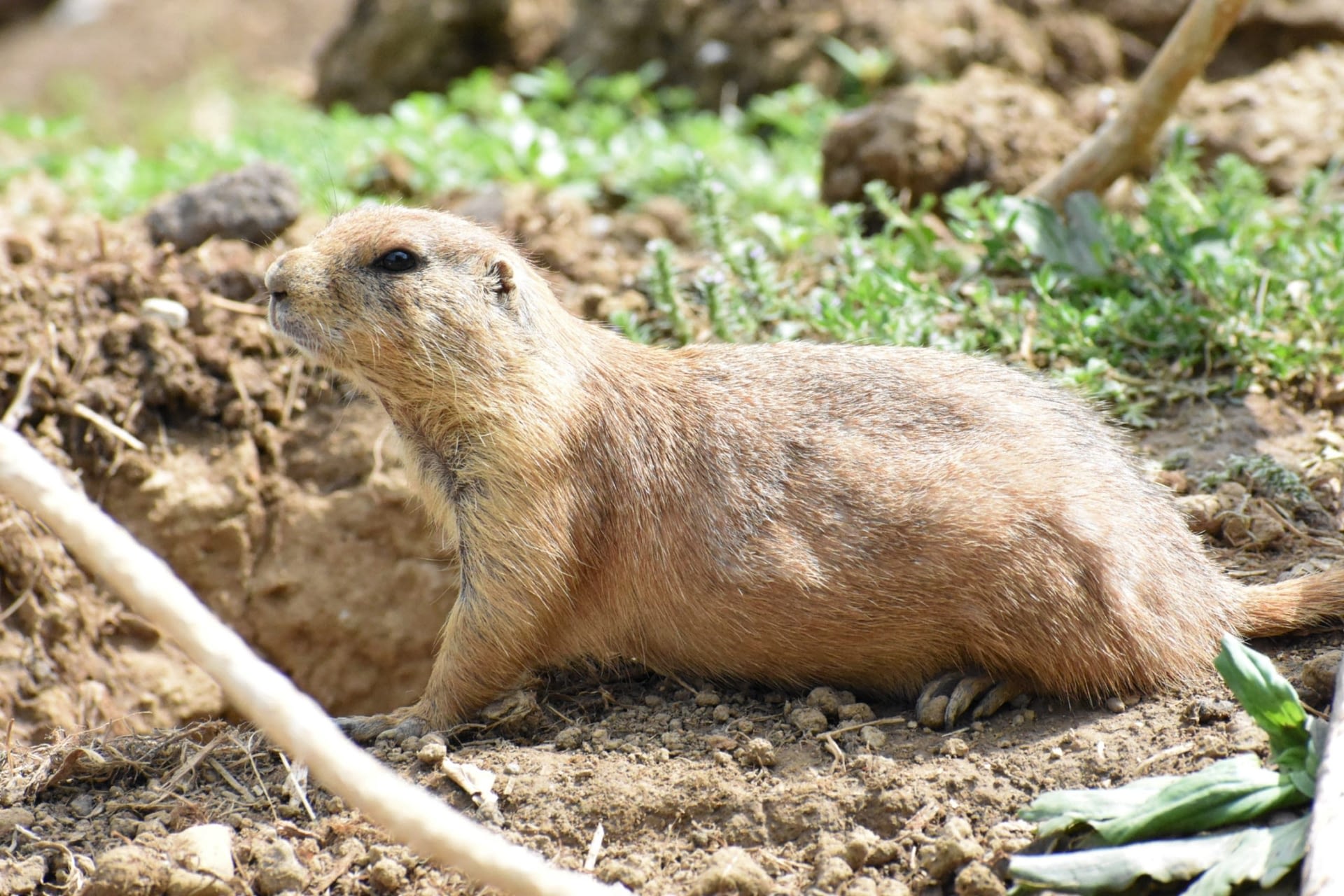 What animal can live longest without drinking water?